American singer-songwriter Nick Jonas and fashion designer John Varvatos are the last celebrities to enter the Tequila game with a new brand created in Fabrica de Tequila Finos – Villa One.

Villa One includes the classic three expressions of the agave-based spirit: a silver, reposado and añejo. The range, blended by Master Distiller Arturo Fuentes at Fabrica de Tequilas Finos, only uses sustainably sourced 5-7-year-old 100% blue weber agave from both the Highland and Lowland regions of Tequila, Jalisco, Mexico. 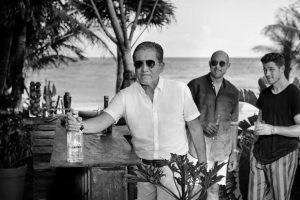 “It’s not bad to drink, it’s bad to drink bad.” That’s the toast the “godfather of tequila” Master Distiller Arturo Fuentes gave when ended a tasting of Villa One’s new tequilas. The silver is best to sip or in shots and has a clean, slightly fruity taste. The reposado has notes of butterscotch, cinnamon, and oak (it’s aged in American oak barrels), while the añejo has hints of caramel, vanilla, and dark chocolate.

“Given our affinity for Tequila, Villa One was the perfect next step. The most important thing for us is that we have the best Tequila on the market,” Jonas told.  In an Instagram post, Nick revealed to fans “We’re incredibly proud of this product we’ve worked so hard on and hope you guys love it too.” 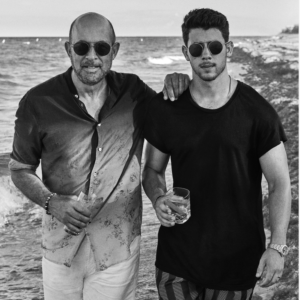 Villa One’s three expressions will go on sale in the US next month. The brand will be promoted through a social media campaign featuring both Jonas and Varvatos. It will also appear in lounges during the Jonas Brothers tour.

Fabrica de Tequilas Finos is known for the high-quality products it manufactures, confirmed by its numerous awards from international competitions. It is the home for such brands as Rooster Rojo® tequila, KAH Tequila, Cenote®, and AC/DC Thunderstruck®.

Located at the foot of Tequila Hill, in the legendary town of Tequila, Mexico, it is modern, yet still preserves the best tequila production traditions. This is achieved with the help of dedicated people who work for the company, and who know the craft of making tequila. Most of them have worked in the Fabrica since the beginning of its operations. All tequilas crafted at Amber Beverage Group-owned Fabrica de Tequilas Finos are only 100% Agave products.