The global producer and distributor of alcoholic beverages, Amber Beverage Group (ABG), has announced that it has acquired the Irish Whiskey company, Walsh Whiskey, for an undisclosed sum. The acquisition takes effect from 11 November 2021 with the existing management and staff remaining in place. 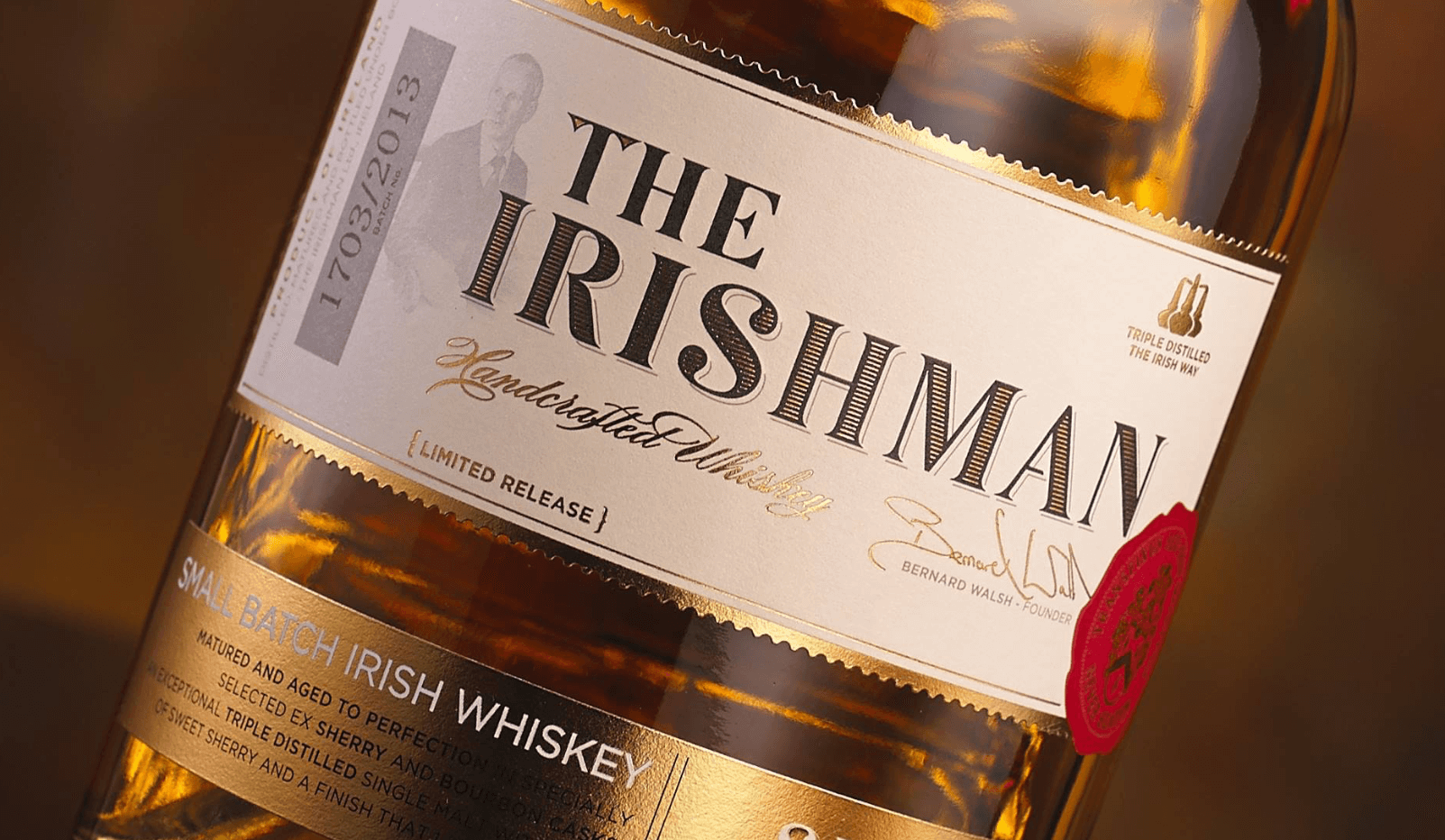 Walsh Whiskey, founded in 1999 by husband-and-wife team, Bernard and Rosemary Walsh, has two critically acclaimed, multi-award-winning brands: The Irishman and Writers’ Tears. The brands are sold in over 50 countries. It is anticipated that, with ABG’s current reach into 185 countries, there will be further expansion of these super-premium brands which are leaders in the Irish whiskey renaissance. Both companies have strong marketing capabilities and the move combines complementary strengths namely – Walsh Whiskey’s expertise in crafting fine Irish whiskey, combined with strong distribution partners, and ABG’s marketing and distribution strength across the world.

This is a strategically significant move for Amber Beverage Group as it continues its successful growth as a global spirits company. The acquisition is also the Group’s first entry into the fast-growing Irish whiskey sector – a category which has outstripped all other spirits categories for over a decade, enjoying buoyant sales growth of 140% (2010-2020).

Walsh Whiskey has been at the forefront of the revival of Irish Whiskey since its launch. The Irishman, the company’s original brand, is a suite of nine single malt-led whiskeys. Writers’ Tears is a range of eight pot-still-focused whiskeys. Both brands will join the ABG core brands portfolio, which has been welcomed by the trade and consumers to great acclaim. 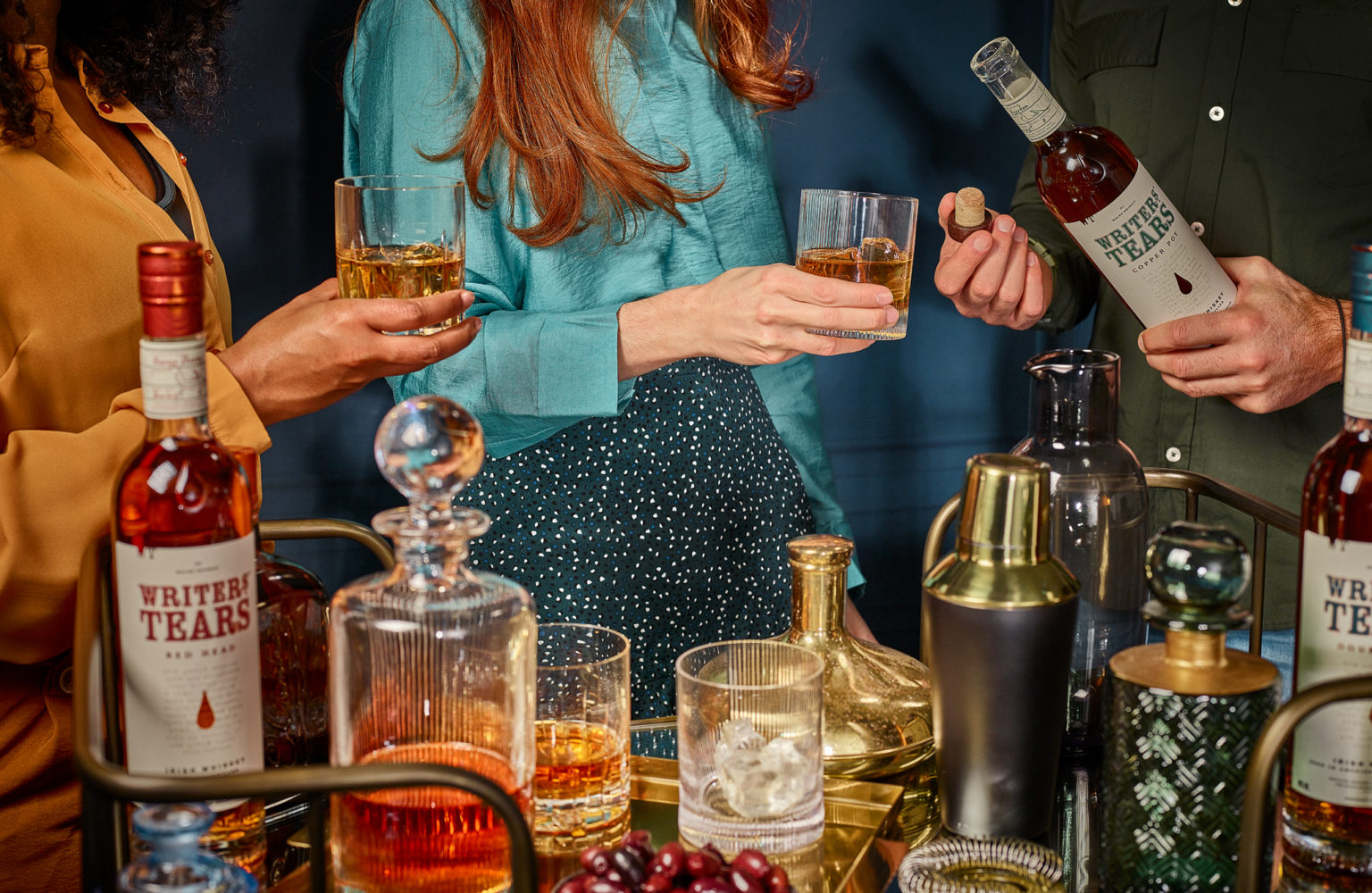 The co-founder of Walsh Whiskey, Bernard Walsh, will continue as Managing Director. Commenting on the new opportunities to grow the reach of both brands as part of Amber Beverage Group, he said: “We are delighted to embark on a new phase of growth as part of Amber Beverage Group. Given the underlying strengths of our brands and of the long-term trajectory of Irish whiskey, this is a logical next step for us, providing a means of scaling up the business so that a greater number of consumers have the opportunity to participate in the search for the perfect drop or ‘taoscán’ of whiskey.

“I will continue to oversee all aspects of the business and in particular the development and production of our whiskeys, ensuring continuity of the same flavour profiles and high standards that have been the foundation of our success. Our talented team is excited by the greater opportunities that come from being part of Amber Beverage Group. I also take this opportunity to acknowledge the role that our dedicated team has played in helping make Walsh Whiskey the success it is today.”

Jekaterina Stuģe, CEO of Amber Beverage Group, said: “This is a major step for us as a company. We already own and bottle 100 brands as well as distributing and selling more than 1,300 third-party brands. This is the first time we have entered into the whiskey sector and we are particularly pleased that ABG is now part of the consistently high-growth story that is the super-premium end of the Irish whiskey market. We are thrilled to add this category to our portfolio by welcoming Walsh Whiskey into our Group. We look forward to working with Bernard and the team, whose knowledge of the Irish whiskey sector will prove invaluable to us as we develop.”

About the Irish whiskey market:

The whisky sector worldwide was valued in 2020 at £50 billion GBP (€58.4 billion Euros) with the highest sector growth within the category coming from Irish Whiskey. According to the Irish Whiskey Association, the category saw 140% growth between 2010-20, equating to an average compound annual growth rate (CAGR) of 9.1%. With Irish whiskey now sold in over 140 countries, drinks industry analyst IWSR projects that Irish whiskey sales will grow by 33 per cent from 2020 to 2024. It forecasts that after slipping to 11.4 million cases last year, that it will reach 11.9 million in 2021. From there it is expected to continue to grow, recording sales of 13.1 million next year, 14.2 million in 2023 and 15.3 million cases in 2024.

Amber Beverage Group is a rapidly growing global spirits company, whose products are found in millions of households and venues across the globe. ABG core brands are Moskovskaya® Vodka, KAH® Tequila, Riga Black Balsam®, Rooster Rojo® Tequila, Cross Keys Gin® and Cosmopolitan Diva®. ABG produces, bottles, markets, distributes, exports, and retails a comprehensive range of beverages of which it owns more than 100 and is responsible for marketing and distributing1,300 third-party drinks brands, spanning everything from premium vodka and sparkling wines to speciality Mexican tequilas.

The company has grown from its original core production business in the pan-Baltic region established in 1900, to a global spirits industry player that unites around 2,000 employees in almost 20 companies in the Baltic States, Austria, Australia, Germany, Ireland, Russia, Mexico, and the United Kingdom.

Established in 1999 by husband and wife, Bernard and Rosemary Walsh, Walsh Whiskey is a leading producer of premium and super-premium, triple-distilled, craft, Irish whiskeys – Writers’ Tears and The Irishman. To date they have produced 23 expressions including historic recipes and a range of rare finishes including Mizunara, Florio Marsala, Rum, Cognac, Coffee Stout, Seaweed IPA, Icewine and of course Oloroso and PX Sherries. The company is based in Carlow, Southwest of Dublin, Ireland.